The imposing church of St Peter and St Paul, deeply restored in the 1990s, received in 2005 an exceptional creation of contemporary stained glass that brings the art of the twenty-first century in this building patiently built between the thirteenth and sixteenth centuries and reworked since repeatedly. This was created in response to the last wishes of a modest living Villenauxe Maurice Bouley, who had bequeathed all his property to the town for the church stained glass windows found she had lost during a bombing, Inaugurated in June 1940 by the Minister of Culture October 24, 2005, this work is a major cultural event in the region because of the reputation of its creator and director - British artist David Tremlett and Simon Marq workshop Reims - and its unprecedented scale in Europe for 20 years: 200m² of stained glass windows at once on 24 bays. It is, in its domain, an international benchmark of the highest interest for tourists and art lovers. 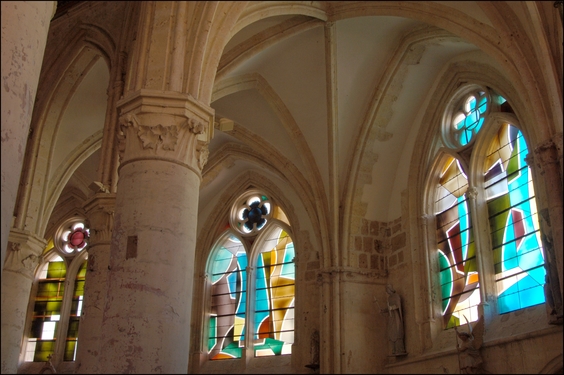