Built in the XII by the monks of the Abbey of Saint-Denis, the Roman church is half-ruined at the end of the wars of religion. In the seventeenth century, the reconstruction of the vaults and the building of the tower gave it its present appearance. Originally, the church was decorated with paintings that were whitewashed in the eighteenth century, according to the religious instruction of the time. You can still see fragments of these primitive murals, updated in 1973, representing an astonishing bestiary of fantastic animals. Also admire an altarpiece by the legend of Saint Nicolas, patron of sailors Marnay, painted in the sixteenth century. 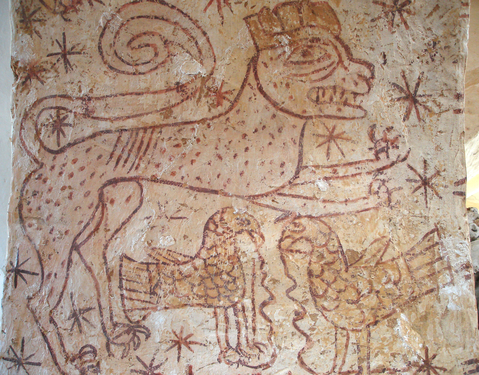